Flash Tattoos counts on BigCommerce for a major launch

Discover how customizable, cost-effective and reliable
BigCommerce is and why we built it that way. 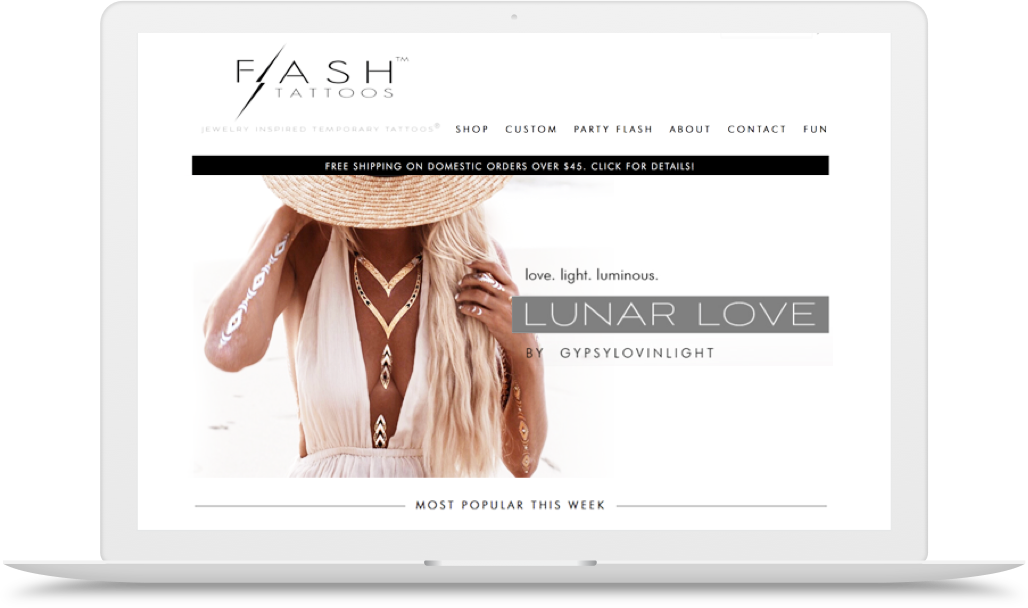 Despite its incredible success, Flash Tattoos founder Miranda Burnet never ceases to be amazed by how her idea for beautiful metallic tattoos has flourished into an established specialty accessories brand selling to customers worldwide.

The rapid rise of Flash Tattoos from its founding in 2013 was spurred initially by Burnet’s savvy use of social media and organically generated influencer marketing. She built a community of fans that included celebrities and fashion icons as well as stylists, editors and bloggers around the world. As the brand grew, so did the interest from brands wanting to produce custom tattoos and collections, further propelling growth. Despite initial sales exceeding all of Burnet’s expectations, the best was yet to come.

In 2015, the Flash Tattoos team found themselves in a position to collaborate with a bonafide A-list celebrity — Beyoncé. After learning that she was a fan of the brand and its products, the company successfully negotiated a partnership to launch a custom line of products. “We were excited about collaborating with Beyoncé, not only because we are huge fans of hers, but also because the partnership grew organically,” says Kirsten Stoddard, marketing manager for Flash Tattoos. With an opportunity to introduce Flash Tattoos to millions of Beyoncé fans and potential new customers, Stoddard’s team knew the brand’s online store would be critical to success 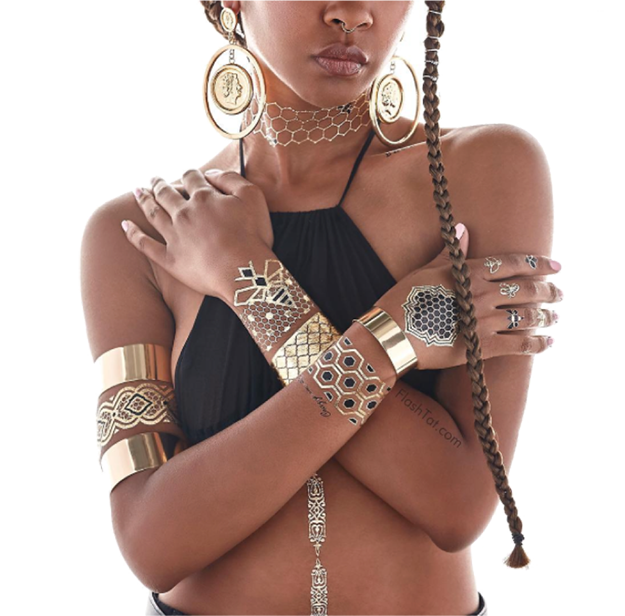 “We couldn’t be happier with how well received the collection was from our customers, bloggers, editors and producers — and how well the BigCommerce team and our website performed under such high stakes!”

In the years prior to the collaboration with Beyoncé, Burnet couldn’t have foreseen that her products would eventually be in such high demand. Yet she knew she wanted her business to be prepared for that type of growth. So she invested early in finding a scalable solution for the company’s online store. The platform had to be robust enough that Flash Tattoos wasn’t forced to replatform as it grew, something they had already experienced with their first online store.

“We quickly found out that our initial platform didn’t fit our needs since it wasn’t oriented towards ecommerce,” said Burnet. “Reviewing orders became difficult and time consuming, and it was clear that it wasn’t a long-term solution that could grow with our business.”

After testing several other platforms such as Shopify and Magento, in early 2014 Flash Tattoos decided to migrate to BigCommerce. Since then, it has grown more than 100% year over year.

Launching the Beyoncé collection, a project nine months in the making, required the company to plan for every possible scenario: ranging from ordering appropriate inventory amounts to ensuring its website was prepared for the expected spike in traffic. The exhaustive preparation wasn’t in vain; after launching the collection, the site experienced 10x its normal traffic.

Working closely with BigCommerce, Flash Tattoos was able to work through all of the anticipated technical issues well before launch. That allowed the team to focus on executing other aspects, such as its successful #BeyoncexFlashTattoos social campaign.

The Beyoncé collection launch was a massive hit, garnering major press coverage, social conversation and sales. The launch drove 1,100% higher traffic in the first 24 hours and a massive 1,000% increase in sales — all with 100% site uptime throughout the surge. For Burnet and Stoddard, these results further reinforced the brand’s opportunity to grow with BigCommerce.

“The Beyoncé collaboration has definitely introduced us to a lot of new customers, and created a lot of buzz about the brand,” said Stoddard. “We couldn’t be happier with how well received the collection was from our customers, bloggers, editors and producers — and how well the BigCommerce team and our website performed under such high stakes!”

Burnet agrees: “As our business has grown, we’ve been able to grow with BigCommerce.” With a passionate fan base and newly launched line of custom products, that growth is likely to continue for years to come.